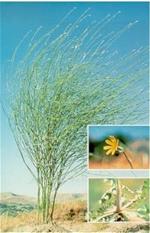 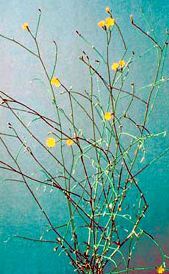 Root Structures
Taproot slender, deep, persistent, with short lateral branches along the length. Taproots become somewhat woody with age and can penetrate soil to depths of 2-3 m or more. Most lateral roots are short-lived, non-woody, and less than 8 cm long, but a few lateral roots near the surface can become rhizome-like and grow laterally for 15-20 cm before turning downwards. Adventitious buds near the top of the taproot and on major lateral roots can produce new rosettes. Roots are easily fragmented, with pieces as small as 1-2 cm producing new rosettes from depths to 1 m.

Flowers
July until flowering stems killed by frost (fall or winter). Flower heads axillary or terminal, sessile or short-stalked, and solitary or in interrupted spike-like clusters of 2-5. Each flower head consists of 7-12 bright yellow ligulate flowers, strap-shaped with 5-lobed corollas 12-18 mm long, and phyllaries (bracts) cylindric as a unit and in 2 unequal rows, the outer much smaller than the inner. Receptacle lacks small bracts (chaff) among the flowers. Temperatures of at least 15 ºC are necessary to induce flower production. 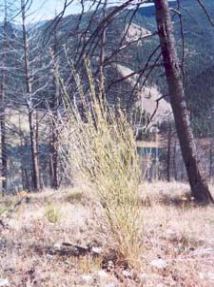 Similar Species
Rosette leaves of rush skeletonweed and dandelion share the following characteristics: leaves without hairs, leaf lobes pointing backward and opposite one another, milky juice exuded when torn. Unlike rush skeletonweed, dandelion has unbranched, leafless, hollow, non-persistent, fleshy flowering stems and seeds without small scales at the apex. In addition, dandelion is typically found in turf and gardens. Chicory (Cichorium intybus L.) is similar to rush skeletonweed and dandelion, but has rosette leaf lobes pointing outwards or forwards and not always opposite, and basal leaves with a few rough coarse hairs.

Some other look a likes include yellow sweet clover, prickly lettuce and dandelion. 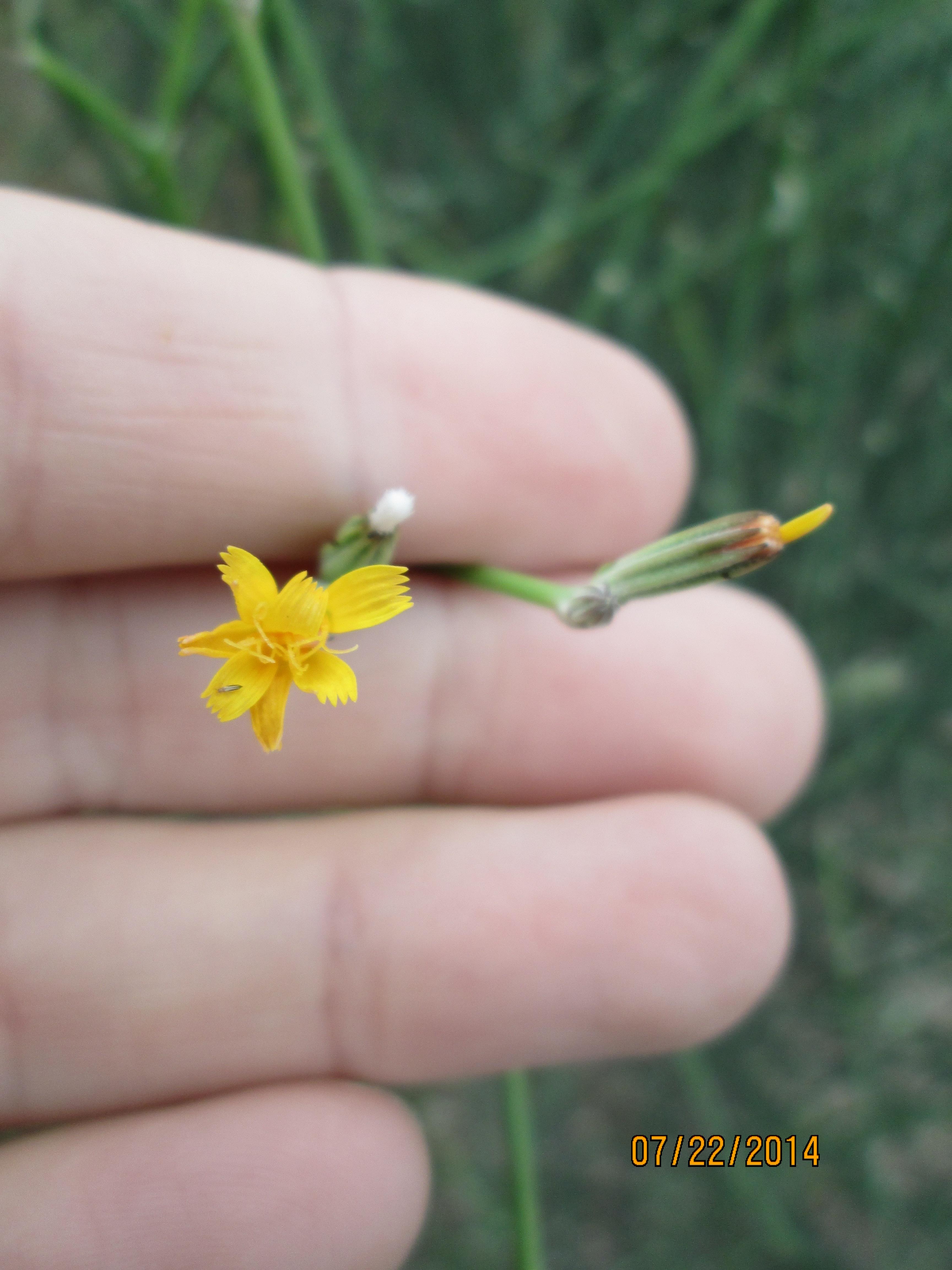 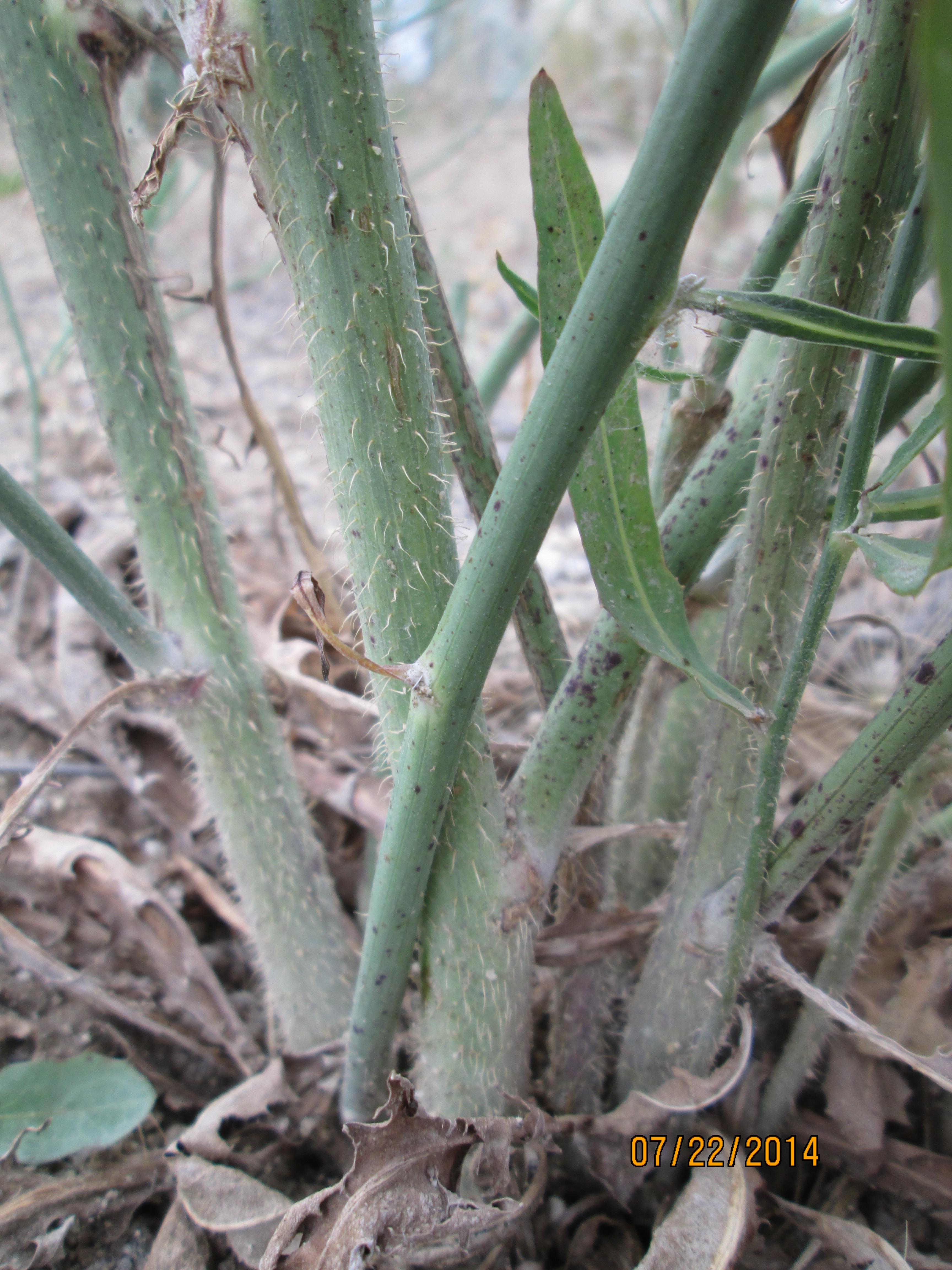 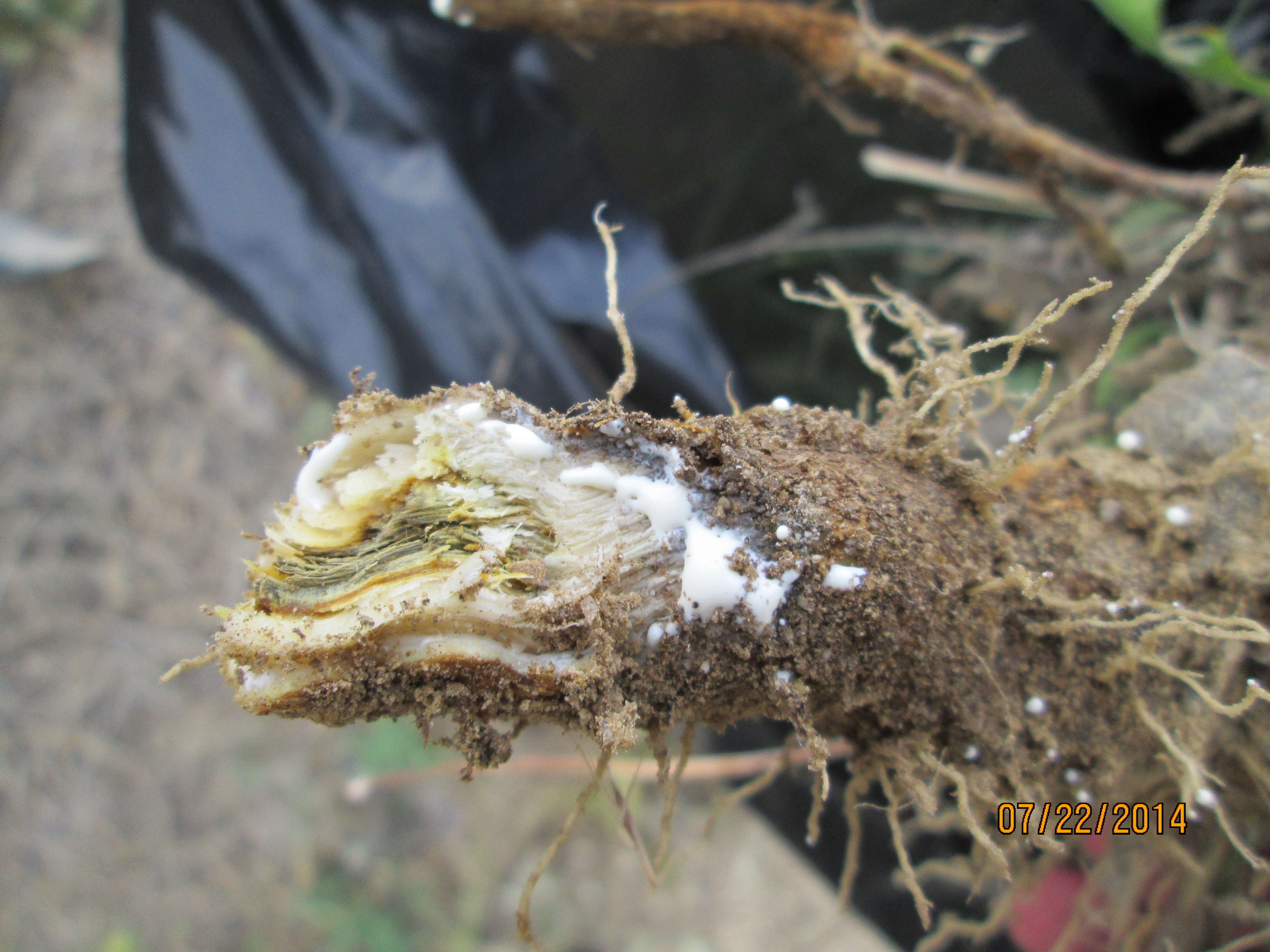 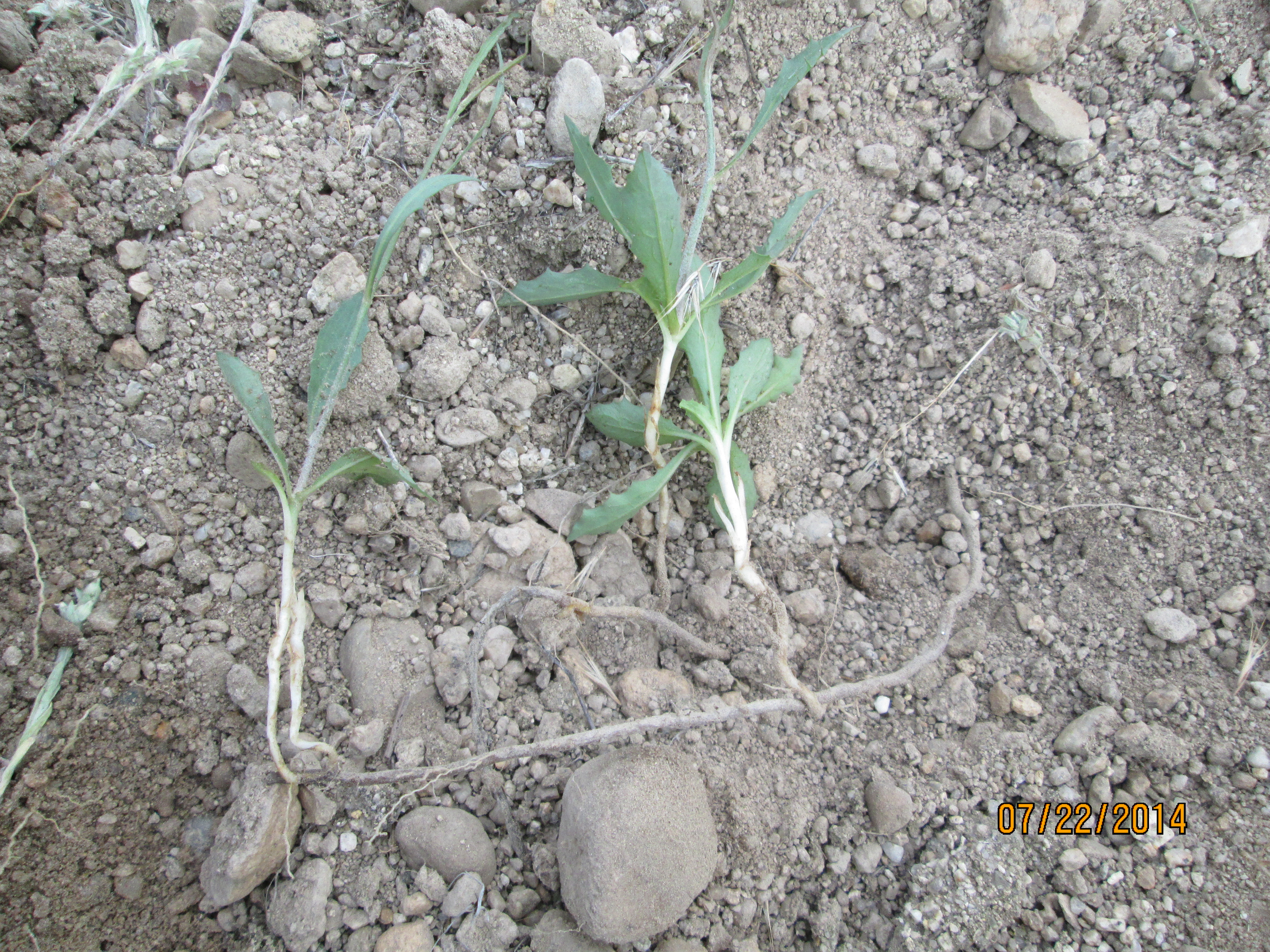 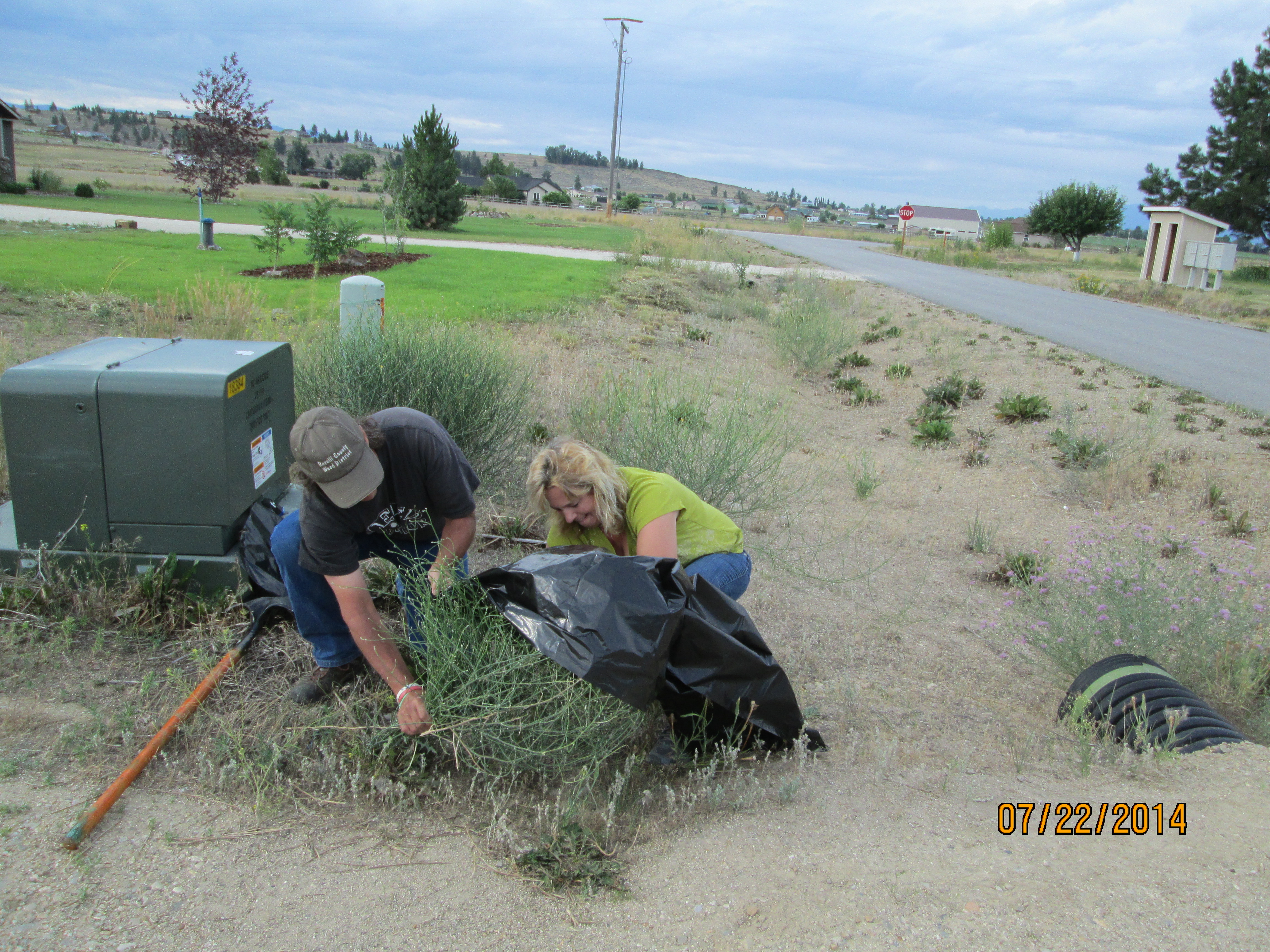