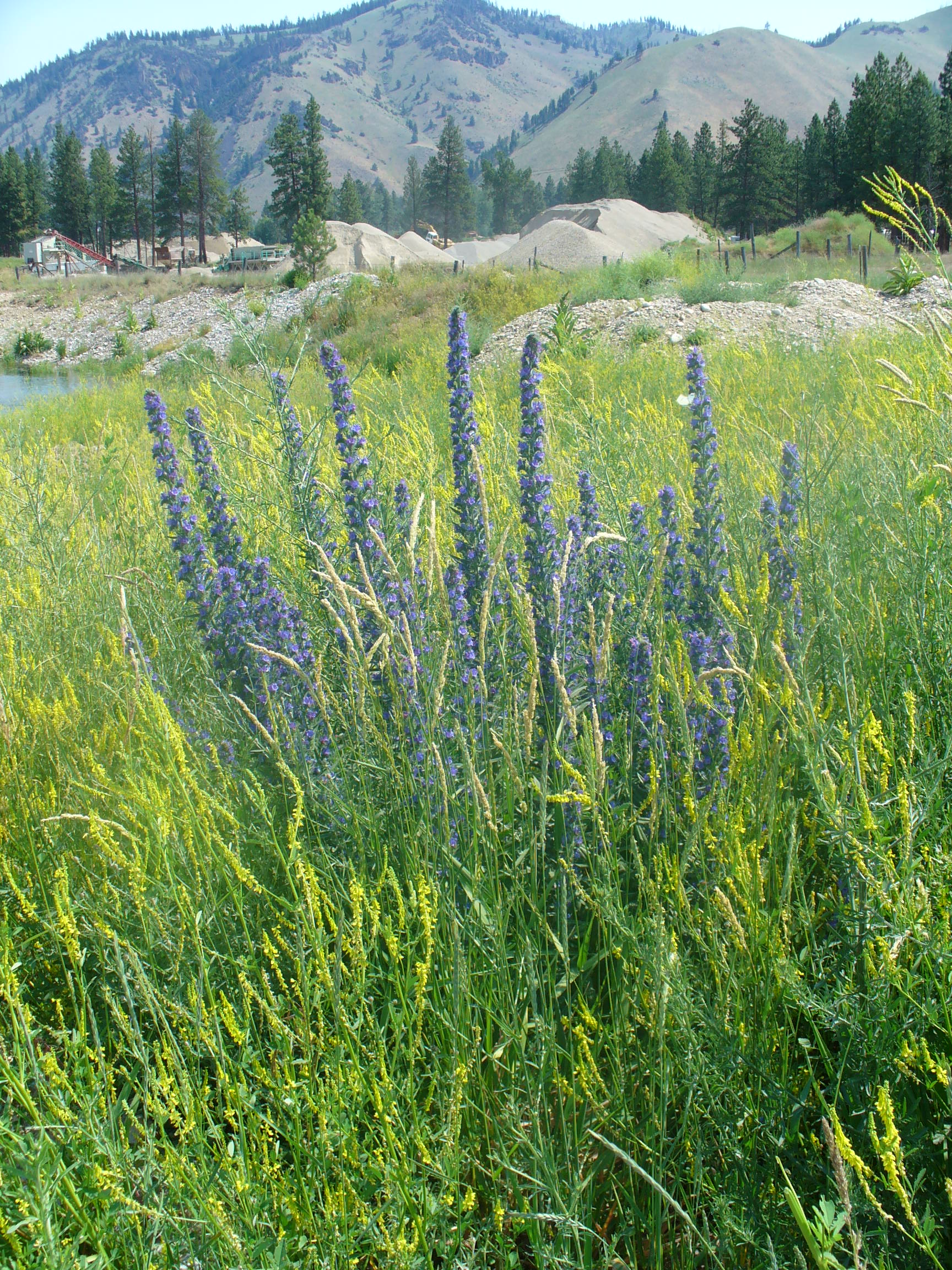 Blueweed is one of the Bitterroot Valley newest invaders. Initially introduced south of Darby in the Rye Creek area. Blueweed has begun to expand rapidly throughout the Darby area and along the Bitterroot River. Currently infesting over a thousand acres in the valley. Washington and many Canadian provinces have designated Blueweed as noxious and invasive. Ravalli, Lincoln, Mineral, and Sanders have all listed it on their noxious weed list.

Blueweed is considered a biennial, but under certain conditions may survive as a short lived perennial. Rosettes occur the first year with flowering stalks (up to 20 ) occurring the second year. Blueweed prefers well-drained gravelly soil and tends to invade rangeland and vacant or disturbed sites that lack competition. It is known to be toxic to livestock and wildlife and reduces carrying capacity in a pasture situation. Spread in Ravalli County has been aided by the growing infestation in the Bitterroot river.

The list is too long to mention here, but it has spread to certain parts of Asia, Africa, South America, Australia, and North America. It is currently found throughout Canada, in almost every Eastern U.S. State, several Great Plains states and Washington. It was also collected in Morgan County, Utah in 1991, Custer, South Dakota in 1926, and Rocky Ford Colorado in 1894. 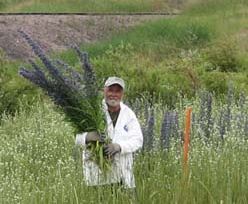 Contact dermatitis for humans, potential toxicity to livestock due to pyrrolizodine alkaloids, a host for several crop pathogens, and a potential increaser on grazed rangelands due to its unpalatable nature (this concern probably precludes worries of toxicity for cattle ranchers; however, sheep and horses may be a different story)

Seed (nutlet) dispersal occurs mostly around parent plants. The nutlet itself has NO Velcro-like appendages as houndstongue does. However, one or more seed may remain within the flower, which detaches and may cling to fur, hair, or clothes. This plant has also been reported to break off and tumble like Russian thistle or diffuse knapweed. Seed longevity in the soil appears to vary with depth. Seventy percent of seed buried at a 15 cm depth remained viable for 33 months (almost 3 years) while seed on the surface may not persist more than one year (don’t bury it!). There are no root buds on this plant and plants that have formed seeds will die and do not form new rosettes.